Evangelist was spiritual adviser to several US presidents

Evangelist Billy Graham has died at the age of 99.

An ordained Southern Baptist minister, Graham was the most well-known televangelist of the 20th century, and was a spiritual adviser to several American presidents, including Dwight D. Eisenhower, Lyndon B. Johnson, and Richard M. Nixon.

President Donald J. Trump tweeted, “The GREAT Billy Graham is dead. There was nobody like him! He will be missed by Christians and all religions. A very special man.”

Vice President Michael R. Pence issued a statement saying, “Billy Graham’s ministry for the gospel of Jesus Christ and his matchless voice changed the lives of millions. We mourn his passing but I know with absolute certainty that today he heard those words, ‘well done good and faithful servant.’”

“As anyone growing up in the 1950’s and 1960’s can tell you, it was hard not to notice and be impressed by the Reverend Billy Graham,” said New York’s Cardinal Timothy M. Dolan. “There was no question that the Dolans were a Catholic family, firm in our faith, but in our household there was always respect and admiration for Billy Graham and the work he was doing to bring people to God. Whether it was one of his famous Crusades, radio programs, television specials, or meeting and counseling the presidents, Billy Graham seemed to be everywhere, always with the same message: Jesus is your Savior, and wants you to be happy with Him forever.”

Cardinal Dolan, who is a historian by training, added that his admiration for Graham “only grew as I studied our nation’s religious past, and came to appreciate even more the tremendous role he played in the American evangelical movement.”

William Martin, senior fellow in religion and public policy at Rice University’s Baker Institute for Public Policy, and author of A Prophet with Honor: The Billy Graham Story, said in a statement Wednesday, “No more than one or two popes, perhaps one or two other people, came close to what he achieved.”

“He was the key leader and the major spokesman of the evangelical movement during the last half of the 20th century,” Martin stated. “He held evangelistic crusades in more than 80 countries; he preached in person to more than 80 million people and live through various media to hundreds of millions of others.”

Graham came to prominence at a time when both religious and racial barriers were developing cracks, but geopolitical boundaries were defined primarily by a struggle between the Christian West and an international atheistic communist project. While Graham downplayed his own denomination, appealing to a broad spectrum of Christians, and broke precedent by preaching to racially integrated crowds, his sharp anti-communist themes earned him the attention of a powerful media mogul, catapulting him to national prominence.

His long career also coincided with the development of new forms of mass media, beginning with radio and television in the 1940s. By the time his last televised sermon, recorded on his 95th birthday, was broadcast by several networks, his message was also being disseminated through the internet.

Princeton Professor Robert P. George, a past chairman of the U.S. Commission on International Religious Freedom and a former member of the President’s Council on Bioethics, tweeted Wednesday that Billy Graham was “like John Paul II, Abraham Joshua Heschel, and Martin Luther King, Jr. He was firmly rooted in a particular tradition of faith, yet somehow spoke to—and in a sense belonged to—all of us.”

He had the ability to bring people together in times of national crisis, such as after the terrorist attacks on New York and Washington, D.C., on Sept. 11, 2001.

“Yes, our nation has been attacked, our buildings destroyed, lives lost, but now we have a choice whether to implode and disintegrate emotionally and spiritually as a people and a nation or whether we choose to become stronger through all of this struggle to rebuild on a solid foundation,” he preached during a prayer service as at the Washington National Cathedral. “That foundation is our trust in God.”

But he also called his native country to repentance, as in a 2012 prayer letter released by his ministry. He decried abortion and “a lack of shame over sin” and tied America’s ills to its need for the Gospel.

“Our society strives to avoid any possibility of offending anyone—except God,” he wrote.

Born near Charlotte, N.C., on Nov. 7, 1918, four days before the end of World War I, William Franklin Graham Jr. was reared on a dairy farm. “Billy Frank,” as he was called, “detested going to church,” as he recalled years later.

But at the age of 15, he was impressed by an itinerant preacher from Kentucky, the Rev. Mordecai Ham, who came through town in the autumn of 1934. After attending Ham’s revival sessions, Billy walked up to the front to make a “decision for Christ.”

Studying at the Florida Bible Institute (now Trinity College), near Tampa, he experienced a calling to the ministry. He went to Wheaton College in Illinois, where he met Ruth McCue Bell, the daughter of medical missionaries in China. The couple married in 1943, the year Graham graduated with a degree in anthropology, and were married for 64 years before Ruth’s death in 2007.

Graham then began preaching at a Baptist church outside of Chicago and was soon invited to take over “Songs in the Night,” a Sunday radio gospel hour. In the mid-1940s, Graham became the chief preacher for the Youth for Christ rallies organized by a radio evangelist and a religious bookstore owner. This in time turned into the Graham Youth for Christ, which began holding “crusades” across North America and in Britain.

ALSE SEE:  This Powerful Sunday Prayer will open Instant Breakthroughs for you

The young preacher was holding a three-week “mammoth tent crusade” in downtown Los Angeles when William Randolph Hearst heard that Graham was preaching a fiery brand of anti-Communism. According to the New York Times, the newspaper mogul is said to have issued orders to “Puff Graham.”

Not to be outdone, Time, Newsweek and Life magazines also started doing features on Graham.

As the Times relates:

Mr. Graham began taking his “Crusade for Christ” on the road. In 1957, he drew more than two million people to a series of rallies, extended to 16 weeks, at Madison Square Garden in New York. The crusades became international: One, in West Germany, was televised live in 10 other European countries. In 1966, he preached to nearly one million people in London.

His notoriety helped him to become counselor to U.S. presidents, and he sometimes offered a prayer at their inaugurations.

Graham didn’t restrict his preaching to the global West, but took the Gospel to Russia, China and North Korea as well.

Like the man he credited for his own conversion at the age of 16, Graham always closed his rallies by inviting members of the audience to “come forward” and commit their lives to Christ. He never invited them to join his church, however. Graham wouldn’t hold a crusade without first gaining permission from local church leaders, and when people came forward, staffers of the Billy Graham Evangelistic Association would refer the seekers to local congregations.

In November 1995, on his 77th birthday, Graham named his son, Franklin, to succeed him as head of his organization.

The younger Graham issued a statement this morning, saying, “My father Billy Graham was once asked, ‘Where is Heaven?’ He replied, ‘Heaven is where Jesus is and I am going to Him soon!’

“This morning, at the age of 99, he departed this world into eternal life in Heaven, prepared by the Lord Jesus Christ—the Savior of the world—whom he proclaimed for nearly 80 years,” Franklin Graham said. “He will be missed by our family, his colleagues, faithful ministry partners, and, yes, many around the world. But what joy he has to be welcomed by God the Father, and be reunited with my mother in the presence of Jesus who speaks peace to eternal souls.”

Billy Graham is dead at 99

What Does Our Guardian Angel Do after We Die?

3 Spiritual Ways to use Your Rosary for Powerful Results

The image of St. Michael the Archangel who witnessed exorcisms in São Paulo 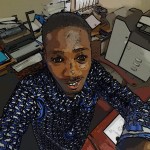 Articles like these are sponsored free for every Catholic through the support of generous readers just like you.

Help us continue to bring the Gospel to people everywhere through uplifting and transformative Catholic news, stories, spirituality, and more.